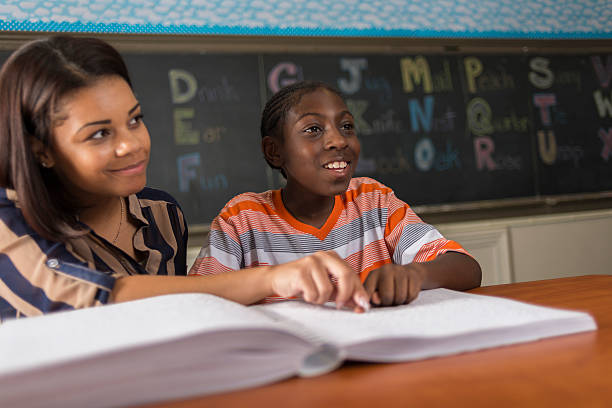 These Sixty Second Seminars review 9 topics about Special Education Pipeline-to-Prison. Each video is only 1-2 minutes long and is great for people who learn best via small learning units!

Alternate Approaches — You can be a part of the change:  knowing your triggers and adopting a social-emotional lens is a great first step. Developing cultural competency and plans while delivering effective, student-centered instruction shifts the paradigm from discipline to development.

5 Facts about Teachers and the School to Prison Pipeline (2017)

Teachers as Heroes — Classroom teachers are in a unique position to divert students from the school-to-prison pipeline because they know their students better, putting them in a singularly-empowered position to keep students in the classroom.

Race, Disability, and the School to Prison Pipeline (2017)

Race and Disability: Incarcerated African-American students with disabilities represent nearly 19% of the special ed population but 49.9% of special ed students in correctional facilities.  Together we can dismantle and transform the Special Education Pipeline to Prison, but it requires an intersectional approach to disability and racial discrimination.

Restorative Practices, when practiced with fidelity, create a safe space for connection and dialogue, ultimately leading to a more equitable and inclusive environment for students, staff, families, and community members. (Restorative Justice Colorado, 2016)

Implicit bias refers to the attitudes or stereotypes that affect our unconscious understanding, actions, and decisions. More than one in three people show an unconscious bias against those with a disability, reflecting a higher level of bias than those regarding gender or race. It’s time for a change.

Behavior, Discipline, and the School to Prison Pipeline (2017)

Students with disabilities comprise less than 12% of high-school students nationwide but represent 75% of students restrained, 58% of students who are secluded, and 13+% of students subject to out-of-school suspension.

Positive Behavioral Supports and the School to Prison Pipeline (2017)

Children in formal school-based PBS programs are 33% less likely to receive an office discipline referral than those in comparison schools. Kids exposed to PBS early tend to receive the most benefit.

Disability and the School to Prison Pipeline (2017)